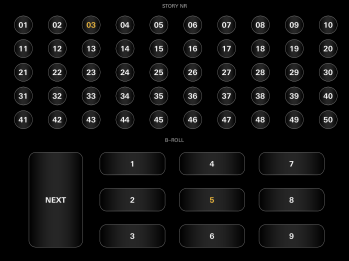 This was just a fun (well, my kind of fun) little app needed by a Chicago based newsroom. They had an old DoReMe digital video recorder/playback machine that used expensive, whole system, proprietary remote equipment to initial playback in live shows. What they needed was a simple app they could install on an old iPad and use it as a digital remote to start playback of pre-loaded recorded segments.

Took longer to track down the communication method than to write the app.